Going solo on an adventure game like Project-DS has some disadvantages. The biggest one is working on everything at once.

Each of these informs the other, sometimes one part is blocked because another has not been decided yet. I’m happy to say that the map is final and the story points are starting to find their homes. I spent ages trying to do this in software and ended up co-opting the door.

Planning something huge when your monitor is just not big enough.

The area of Wymol known as ‘Far Up’ The first couple of chapters start here. After which, the story moves to one of the two peninsulas; Tumpspin and Blackspin or into the Far North.

There’s lots of fantasy mapping software on the market. I wanted to make it a real map first and a fantasy map second.

The Wymol map has been built in Genbrush using wind and rainfall simulation to create the lakes and rivers. It’s come together naturally to feel authentic and lived-in.

This painterly effect blends the characters into the scenery a lot more effectively.

The effect also fits well with the painterly texturing that Josh O’Hala has done on the models, effectively applying the same look to the scenic elements.

And finally, as a visual person I needed to put some faces to the names for my characters. I’ve started some biographies and it didn’t feel right with just the text.

Artbreeder has rescued me. I’ve generated a bunch of faces for the project. While these images may not be final, I can now put a face to the names.

Artbreeder has even put a little random personality into each one too; smiling, frowning, etc. That’s been enough for me to add colour to the profile. 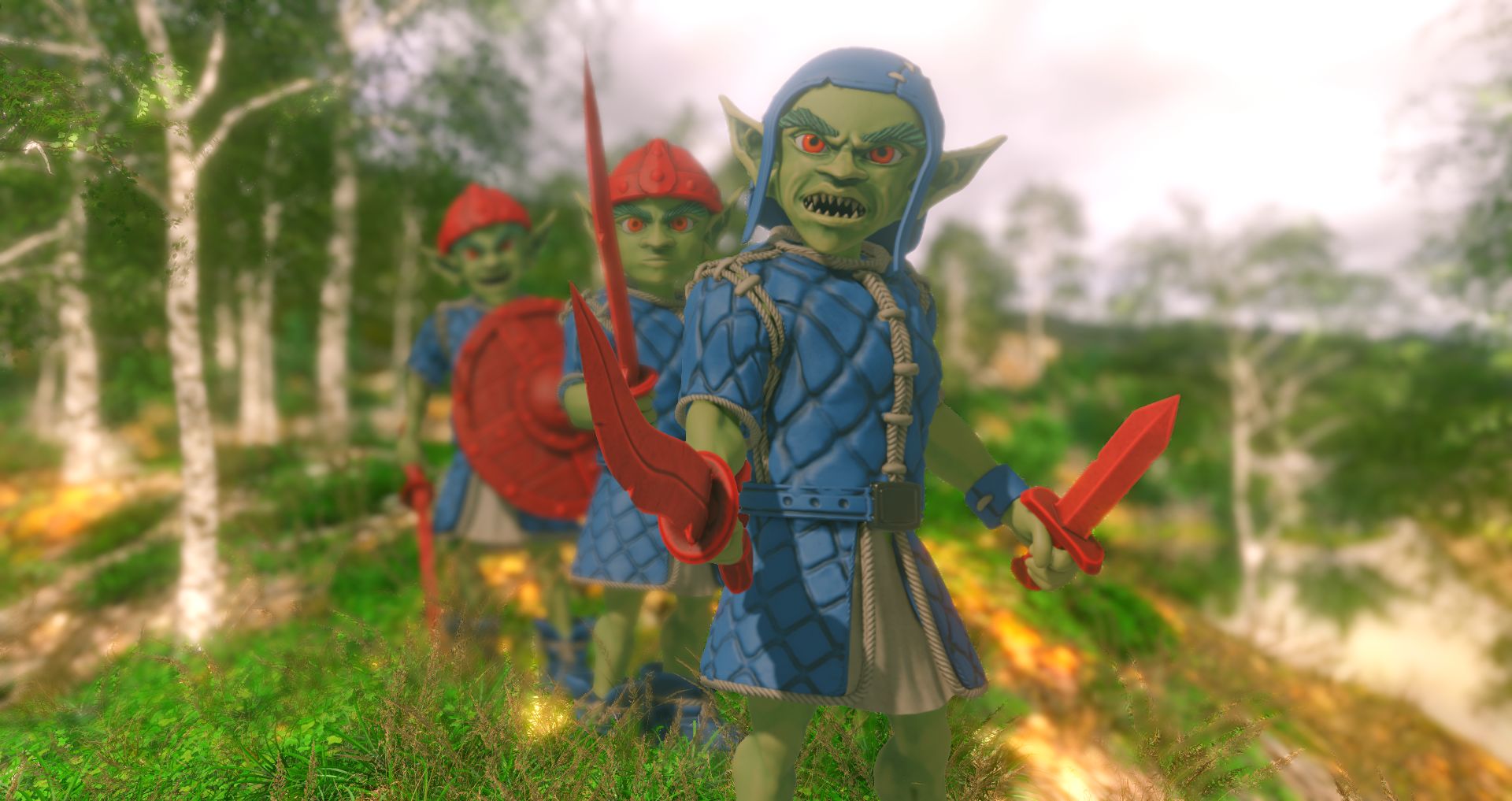 It has been a long time between posts here. We’ve been working with artists on the designs for Project-DS. This may be our magnum opus.

There is a lot of work still to do in Project-DS, but we wanted to share this render that has us super-excited for the future.

Project-DS will be a DM-less branching adventure in same setting as our one-page RPG Wyrmbones: The Border. Experience three generations of the second gobbeling war on the island of opportunity; Wymol.